The grand-and-slam relationship between a player and coach! 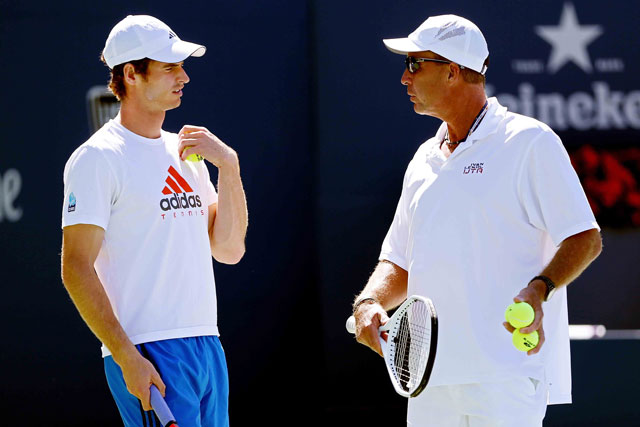 2014 so far has been the year of player-coach relationships in tennis with Roger Federer hiring Stefan Edberg and Novak Djokovic bringing Boris Becker into his camp. The question, however, is how many of these coaches will stay with the players?

Wimbledon winner Andy Murray will be defending his Miami Masters title without the presence of a formal coach. Like current champions and legends of the game go, the player-coach relationship between Murray and Ivan Lendl was too good to last. Novak Djokovic will also be without 'coach' Boris Becker, but that's because Mr Boom-Boom had had a double hip injury.

Judging by recent trends, bigger the player, even bigger the coach would be for him and the sacking process would only be as quicker. Maria Sharapova hired Jimmy Connors last year only to fire him after a few days. Former World No.1 Caroline Wozniacki fired Sweden's Thomas Hogstedt after three months. Hogstedt coached Li Na and Maria Sharapova before in their careers.

Andy Murray won the Olympic gold medal, the US Open and the Wimbledon under former world No. 1 Lendl only to part ways with him after two years because the Czech couldn't give him enough time. There was also much made of why Roger Federer decided to fire Paul Annacone, his most trusted mentor, although it later turned out to be a good decision.

Is it as simple as this---I tried you for a while, it didn't work out, so I am sorry but we have to end the partnership? Does a legend of the game deserve a farewell like that? Why did a player decide to hire the coach then in the first place? 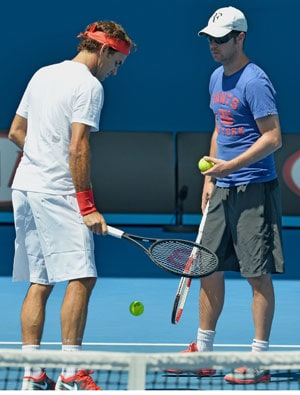 Big players, it seems, can also have big tantrums, and they sometimes choose not to listen to their coaches' advice before a match. Only Rafael Nadal seems to be immune to this 'disease'. Rafa has admitted his tense relationship with coach and uncle Toni Nadal on many occasions but very humbly said that it has only made him better as a player. Nadal is one of the few players who despite his star status and his huge success in tennis, has taken coach Toni's aggressive pinpointing with a pinch of salt.

Behind all the good tennis that we see from great players in Grand Slam tournaments, there is a lot of hard work. When Djokovic revealed his extensive gluten-free diet to the world, tennis fans across the world were reminded of how much some of the players have to sacrifice in order to do well. More than that, the amount of work that goes into the making of an epic match, like the one between Djokovic and Nadal at the French Open last year, is not something every tennis player can endure.

Now let's go to the bigger picture. If the players don't feel motivated enough before matches and don't have any tactics to play with, you can immediately grab that they do not have the backing of a good support staff. Former players as coaches can contribute a great deal when it comes to fine-tuning the skills of established players, helping them win more titles.

Ever since Roger Federer has hired Stefan Edberg, the Swiss master has come back to playing sublime tennis again. Federer has beaten more top 10 players than anyone else so far during the 2014 season, which has included an ATP 500 title win in Dubai and a final appearance at the Indian Wells Masters tournament in California. If you look at the top 50 players in the men's game, seven are being coached by past Grand Slam champions with 2002 Wimbledon champion Lleyton Hewitt still sticking to Tony Roche after all these years.

The sweetest of player-coach relationships in recent years between that of world No.1 Serena Williams and her boyfriend Patrick Mouratoglou is also unfortunately nearing an end. Serena's tweets have suggested that she has split with Mouratoglou as a partner and seeking more independence in her life.

It can safely be said though that 2014 so far has been the year of player-coach relationships in tennis. Federer has teamed up with his childhood icon Edberg. Djokovic has paired up with six-time Grand Slam champion Boris Becker. The guy who beat Nadal in Indian Wells this year, Dolgopolov has hired the hard-working Fabrice Santoro as coach. Youngest Grand Slam men's singles champion Michael Chang will be working with rising Japanese star Kei Nishikori. Marin Cilic will have serve and volley star Goran Ivanisevic by his side. In the women's game, Sloane Stephens has teamed up with Federer's former coach Paul Annacone.

The question, however, is how many of these coaches will stay with the players. Game, set but match?

Comments
Topics mentioned in this article
Andy Murray Tennis
Get the latest updates on IPL Auction 2023 and check out  IPL 2023 and Live Cricket Score. Like us on Facebook or follow us on Twitter for more sports updates. You can also download the NDTV Cricket app for Android or iOS.