Roger Federer last week announced his retirement from competitive tennis saying that the upcoming Laver Cup in September would be his last ATP event as a player. 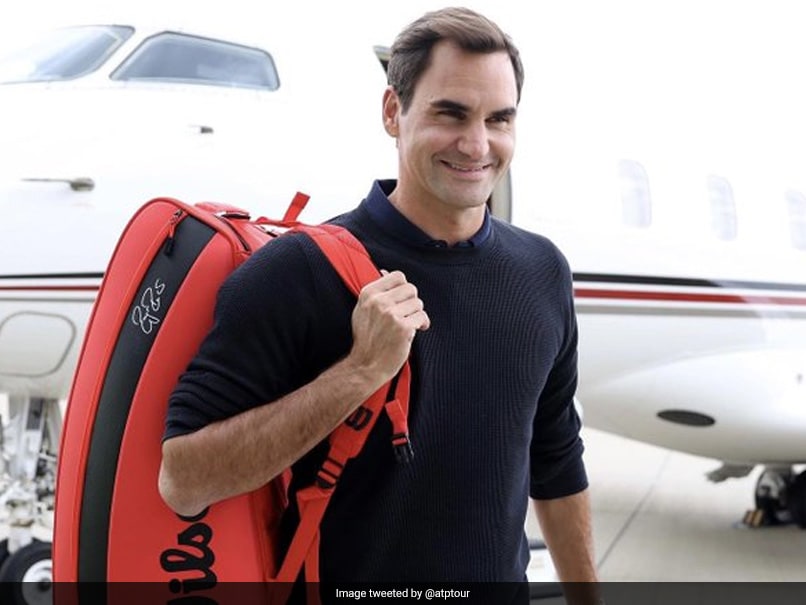 Twenty-time Grand Slam champion Roger Federer on Sunday arrived in London for the Laver Cup, which will be his last tournament as a professional tennis player. The Swiss tennis great last Thursday announced his retirement from competitive tennis saying that the upcoming Laver Cup in September would be his last Association of Tennis Professionals (ATP) event as a player. The tennis legend is expected to initiate his final goodbye on September 22 with a practice session with Team Europe. In the official event, to be held from September 23 to 25, he will be seen contesting alongside other tennis greats - Rafael Nadal, Novak Djokovic, and Andy Murray, as well as youngsters world number one Casper Ruud and Stefanos Tsitsipas.

Federer took to Twitter to announce his retirement through a letter. He has won 103 ATP singles titles and overall 1,251 matches throughout his illustrious career. Federer has also won 20 Grand Slam titles, including a record-making eight Wimbledon men's singles titles.

"The Laver Cup next week in London will be my final ATP event. I will play more tennis in the future, of course, but just not in Grand Slams or on the tour. This is a bittersweet decision because I will miss everything the tour has given me. But at the same time, there is so much to celebrate. I consider myself one of the most fortunate people on earth," Roger Federer wrote in his retirement letter.

The Europe team will fight it out for the title against Team World, which will be captained by John McEnroe. McEnroe's team also includes big names like Diego Schwartzman, Alex de Minaur, Frances Tiafoe, Jack Sock, Felix Auger-Aliassime, and Taylor Fritz. Tommy Paul was recently selected as the alternate for the team.

Comments
Topics mentioned in this article
Tennis Roger Federer
Get the latest updates on India vs South Africa and check out  Schedule, Results and Live Score. Like us on Facebook or follow us on Twitter for more sports updates. You can also download the NDTV Cricket app for Android or iOS.