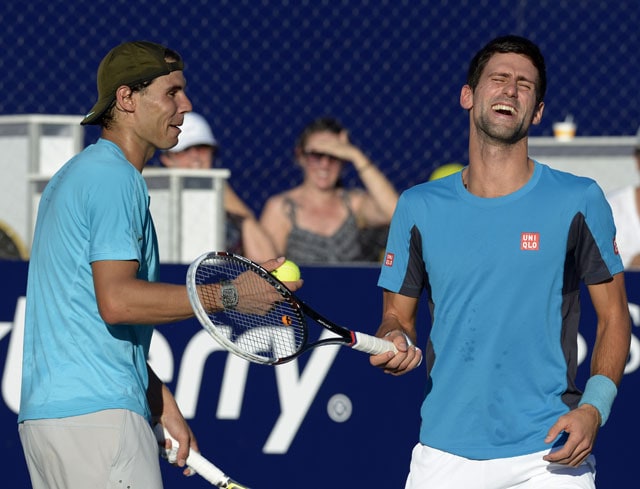 Talking of big things in tennis, we first had Wimbledon in 1877 followed by the US Open in 1881, French Open in 1891, the Davis Cup competition in 1898 and then the Australian Open in 1905. However, the real growth in the sport happened only after the inauguration of the Open era in 1968 when amateur players could finally compete with professionals in Grand Slam tournaments.

The idea of a new International Tennis Premier Leagues sounds exciting, to say the least, with eight top-10 players, including Rafael Nadal, Novak Djokovic, Andy Murray, Jo-Wilfried Tsonga and Stanislas Wawrinka, all set to take part during the sport's off-season in December. The fact that a total of USD 23,975,000 was spent in the draft process shows that there will be no dearth of star power during the league.

Singapore, Bangkok, Dubai and Mumbai have been officially named as the top four Asian destinations where franchises will be based. There will be away-and-home matches among these teams and chances are that a new team from Kuala Lumpur may join these franchises in December.

After the teams met in Dubai on Sunday for the draft, Nadal will represent Mumbai, Djokovic will play for Dubai, Murray has been drafted into Bangkok while Serena Williams, the top ladies player, will be in the Singapore team. Out of the 28 players that got drafted, there are 21 Grand Slam champions and 14 past and present number ones. While four-time Australian Open champion, Djokovic called the ITPL a 'fantastic' concept, 17-time Grand Slam champion Roger Federer pulled out saying he wanted to see if the league actually materializes or not.

Whether the motive in the mind of established Indian doubles player and the league's co-founder Mahesh Bhupathi be earning money or promoting the game, the concept has the power to redefine the game completely. India as a tennis destination, known in the world for its hero-worshipping tradition and warm-hearted people, is sure to charm top tennis players like Nadal, Djokovic and Murray. The prospect of someone like Nadal playing in Mumbai along with Sania Mirza and Rohan Bopanna is going to be huge for tennis fans. Veterans like Carlos Moya coming to play in Mumbai, who also played in the Chennai Open for many years, will also be very good news for the sport's enthusiasts in India.

Although there may not be the likes of Federer and Maria Sharapova around but there is enough star attraction in Serena (Singapore), Ana Ivanovic (Mumbai), Victoria Azarenka (Bangkok) and Caroline Wozniacki (Dubai). Former players like Patrick Rafter (Mumbai), Pete Sampras (Mumbai) and Andre Agassi (Singapore) are also going to be in action in this exciting league. The fact that tournament brainchild Bhupathi has experienced tennis marketers in Boris Becker, Morgan Menahem (Jo-Wilfried Tsonga's agent) and Justin Gimelstob along with him has convinced top players throughout the world of the potential of the tournament.

The format of the tennis league has been specially designed for the television medium. One tie includes a men's singles, women's singles, men's doubles, past champions singles and mixed doubles. These will be completed within three hours. It will be one set per match and there will be a tiebreak when the scores are level at 5-5. At the end of the day, the team with more games will be declared the winner.

The league can do wonders for tennis in Asia, especially for lesser-known cities in the sport apart from China, which boasts of hosting an ATP 500 event in Beijing and a Masters 1000 event in Shanghai. The event will be held in December every year, which is currently earmarked as the period when players take rest and regroup to stay fit for the next season. There could be players who start thinking only about making money and the current ATP and WTA ranking systems could perish in no time.

Sometimes a change is necessary though. Tennis is becoming too much of an individual sport and Davis Cup competitions are no longer important. There is one thing to be careful about, however. The International Premier Tennis League is good for making the game more popular but it can also lead to the formation of distinct groups among tennis players, with a few worried about how it may affect the regular tennis calendar.

Tennis, unlike cricket at the time the T20 format was not introduced, is still a sport full of glitter and fame, and adding a money-based international league may not be good for the game in the long run. However, the Asian continent is still neglected as far as tennis events are concerned and this league may help give the game global exposure.

All's well that ends well, let's hope in this case!

Comments
Topics mentioned in this article
Mahesh Bhupathi Tennis
Get the latest updates on IPL Auction 2023 and check out  IPL 2023 and Live Cricket Score. Like us on Facebook or follow us on Twitter for more sports updates. You can also download the NDTV Cricket app for Android or iOS.