Roger Federer's on court form seems to suggest he very well can: He's ranked World number 2, makes it into the last four of Grand slams with remarkable consistency (reached semi-finals of the last 8 Grand slams), and beats top ranked players in big finals (Murray at Wimbledon, Djokovic in Cincinnati). 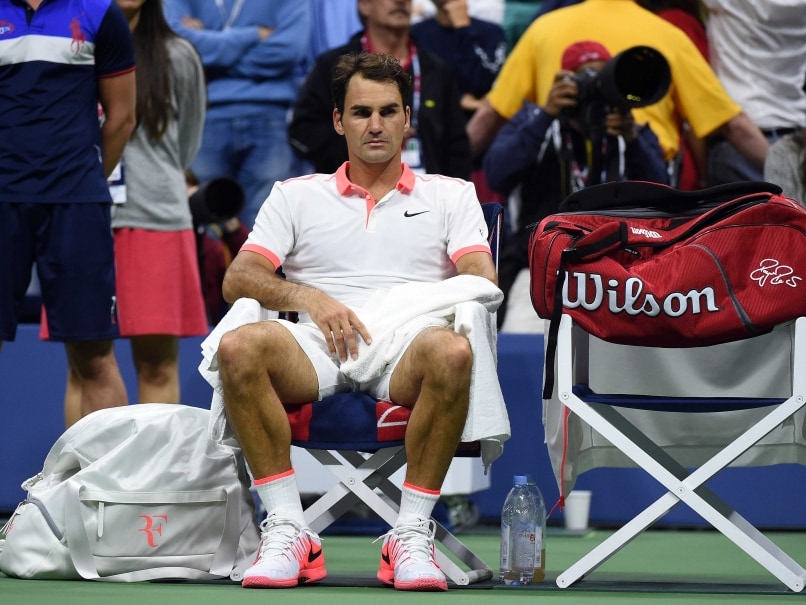 Roger Federer made 54 unforced errors, 17 more than Novak Djokovic in the US Open 2015 final.© AFP

The last time Roger Federer won a Grand Slam, Ajinkya Rahane was yet to play his first match for India, Sir Alex Ferguson was in charge at Old Trafford, Gareth Bale was a Tottenham Hotspur player and Arvind Kejriwal's Aam Admi Party didn't exist. Three years can be a lifetime in sports, and a three-year drought in Federer's career has led to questions being asked, whether the Swiss Maestro can add to his list of 17 Grand Slams?

Federer's on court form seems to suggest he very well can: He's ranked World number 2, makes it into the last four of Grand slams with remarkable consistency (reached semi-finals of the last 8 Grand slams), and beats top ranked players in big finals (Murray at Wimbledon, Djokovic in Cincinnati).

"He's just not going away. He is not dropping his level. He is always going to be out there making you play the best tennis if you want to win. That is who Roger is, that is why he has won so many Grand Slam titles", is howNovak Djokovic summed up Federer's current form, after beating him for a second consecutive time in a Grand Slam final.

Statistics too back World no. 1's assessment. This year Federer has won 92% service games & 80% first-serve points; these numbers are better even than his glory years a decade ago.

Add to this, the fact that the 17-time Grand Slam champion keeps reinventing himself: be it is new, much touted, SABR move or, changing his racquet to improve his serve and ground strokes, suggests that that the fire to succeed at the highest level is still alive in the 34 year old.

Maybe the one who coined the phrase 'age is just a number' had Roger Federer in mind.

But the biggest factor that may help Federer win title no. 18 is the fan support he gets across the globe; as was evident in the US Open final, where the entire Arthur Ashe stadium was rooting for Federer, whilst also cheering Djokovic's errors. Arguably, the most popular tennis player on the planet, Federer too acknowledged the effect fans have had on his career recently, "To receive the crowd support that I did receive here (US Open finals), I don't consider that normal. They kept me going. That is definitely the big reason I keep playing"

So, if you are a Federer fan, disappointed after another opportunity to win a Grand Slam goes abegging, you need to ask yourself a question- would you rather watch your favourite player playing beautiful tennis Or would you prefer he retire now, so that his inability to win his 18th Grand Slam does not ruin his legacy?

Disclaimer: The opinions expressed within this article are the personal opinions of the author. NDTV is not responsible for the accuracy, completeness, suitability, or validity of any information on this article. All information is provided on an as-is basis. The information, facts or opinions appearing in the article do not reflect the views of NDTV and NDTV does not assume any responsibility or liability for the same.

Comments
Topics mentioned in this article
Roger Federer Tennis
Get the latest updates on IPL Auction 2023 and check out  IPL 2023 and Live Cricket Score. Like us on Facebook or follow us on Twitter for more sports updates. You can also download the NDTV Cricket app for Android or iOS.