On the fifth ball of the 10th over bowled by Adil Rashid, Glenn Phillips tried to go for a big one on the leg side but edged the ball. The ball flew to the left of cover fielder Moeen and his casual approach on the catch saw him drop the sitter. 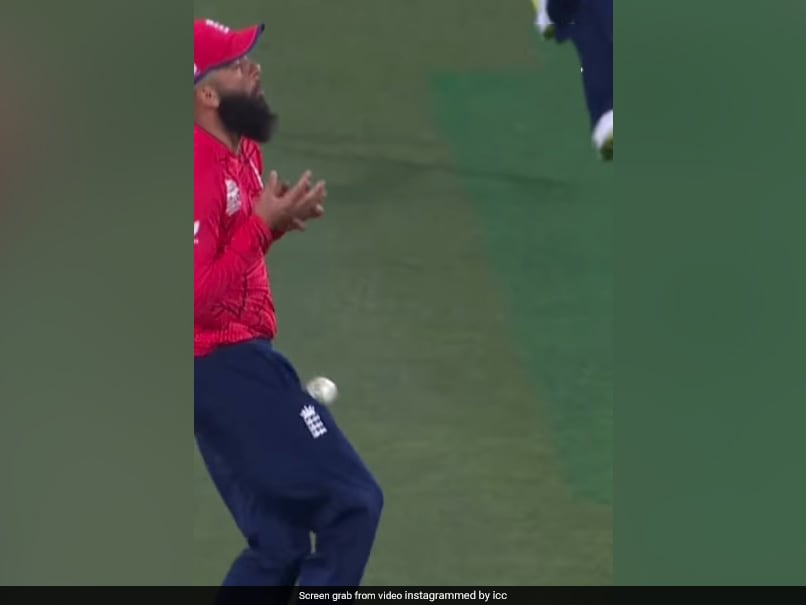 Glenn Phillips' heroic effort went in vain as England defeated New Zealand by 20 runs in a Group 1 match between the sides on Tuesday in Brisbane. Chasing a target of 180 runs, New Zealand were restricted to 159 for 6 in 20 overs. While it looked like an easy win for the Three Lions, the Kiwis remained in hunt for long, thanks to Phillips' 62 off 36 balls. At a crucial stage in the game, Moeen Ali dropped a sitter to see the New Zealand batter survive but, England eventually won the contest despite Phillips scoring a brisk fifty.

On the fifth ball of the 10th over bowled by Adil Rashid, Phillips tried to go for a big one on the leg side but he edged the ball in the process. The ball flew to the left of cover fielder Moeen, who dropped the easy chance.

Talking about the game, England defeated New Zealand to keep their semi-final hopes alive. The Kiwis were restricted to 159 for 6 as Chris Woakes and Sam Curran scalped two wickets each for England.

Earlier, half-centuries by Jos Buttler (73) and Alex Hales (52) had helped England post 179 for 6 in 20 overs. For the Blackcaps, Lockie Ferguson had starred with two wickets after Jos Buttler won the toss and opted to bat first.

The win helped England rise to the number 2 spot in Group 1 table with 5 points from 4 matches. They are equal on points with table-topper New Zealand, who have a better net run rate.

Honoured To Be An Inspiration For Young Girls In Brazil: Sania Mirza
Comments
Topics mentioned in this article
ICC T20 World Cup 2022

Moeen Ali Cricket
Get the latest updates on IPL Auction 2023 and check out  IPL 2023 and Live Cricket Score. Like us on Facebook or follow us on Twitter for more sports updates. You can also download the NDTV Cricket app for Android or iOS.