Who Is Lance Morris? Here's All You Need To Know About Tearaway Aussie Quick Set For Test Debut vs India

Uncapped Australia pacer Lance Morris, fresh from being the season's leading wicket-taker in the Sheffield Shield, believes he has the "best chance" to make his debut in the opening Test against India in Nagpur on February 9 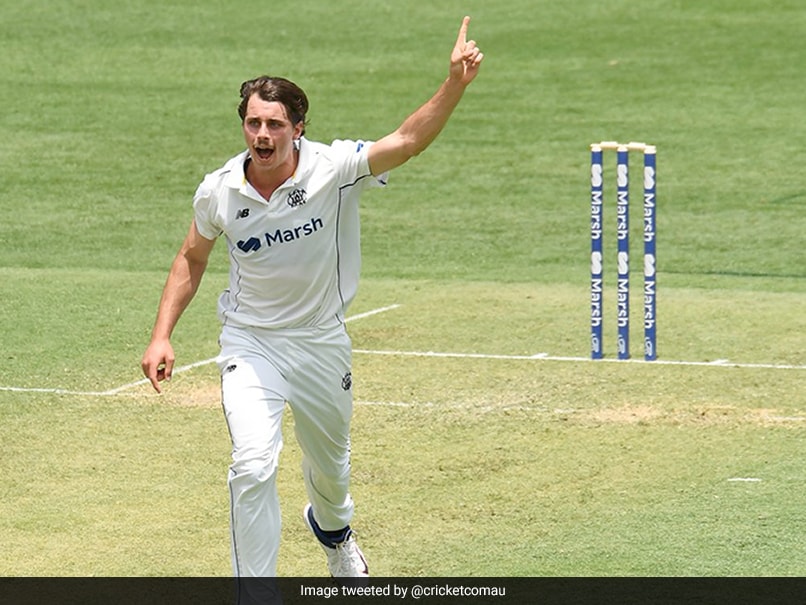 Lance Morris has been included in Australia's 18-member squad for the first two Tests.© Twitter
Adelaide:

Uncapped Australia pacer Lance Morris, fresh from being the season's leading wicket-taker in the Sheffield Shield, believes he has the "best chance" to make his debut in the opening Test against India in Nagpur on February 9. The 24-year-old tearaway pacer, who has the ability to rack up deliveries at 150-plus kmph, has been included in Australia's 18-member squad for the first two Tests of the four-match marquee Border-Gavaskar series.

"I'm going to do everything I can to be as ready as possible," the West Australian was quoted saying by Fox Sports.

With Australia's quickest bowler Mitchell Starc unavailable for the opening Test of the series, Morris has a strong chance to wear the Baggy Green.

Morris has been Starc's understudy and was in Australia's Test squad during their recent series win over South Africa.

"If we're talking honestly, that's probably my best chance of playing over there. We'll see what happens," Morris said.

"It's my first overseas tour in a cricketing sense, so it will be a huge learning experience for me. I'm really excited to go away." A raw teenager from Dunsborough, in Australia's west coast in the picturesque Margaret River region, nearly three hours from Perth, Morris was picked by Western Australia from where he made his first-class debut in 2020.

He bagged 12 wickets from five games in his first season. Thereafter, he played every match of WA's drought-breaking Shield title-winning campaign last summer and had 20 scalps.

Morris has added 27 more wickets to his tally from five matches so far this season. Morris, who has refined his bowling action with the help of former WA bowling coach Matt Mason, had earlier said he is still coming to grips with it all.

"They see me as a strike bowler and I'm probably that replacement for someone like Mitchell Starc who's bowling fast and intimidating," he told cricket.com.au.

"It sounds funny when I say it like that, because I can't believe we're actually in the same sentence to be honest.

"But that's the role that I would come into (if Starc were to miss a Test), I guess.

"It's been a bit of a weird couple of weeks training and staying as ready as possible, knowing that it could happen at some point," he added.

Currently representing Perth Scorchers in the Big Bash League, Morris is striking a balance between red and white ball cricket.

"It's just trying to squeeze in loads where I can," Morris, who has grabbed six wickets in three games so far, said.

"If I'm playing, then I'll bowl the four overs and get a few in on top either before or after the game. If I'm on the sidelines, then I'll be in the nets making sure I've got the numbers under my belt," he added.

India Cricket Team Lance Morris India vs New Zealand, 2023 Cricket
Get the latest updates on IPL Auction 2023 and check out  IPL 2023 and Live Cricket Score. Like us on Facebook or follow us on Twitter for more sports updates. You can also download the NDTV Cricket app for Android or iOS.