IND vs AUS: Despite putting up a big total of 208/6, the Rohit Sharma-led side failed to defend the score as Australia romped to the target in 19.2 overs. 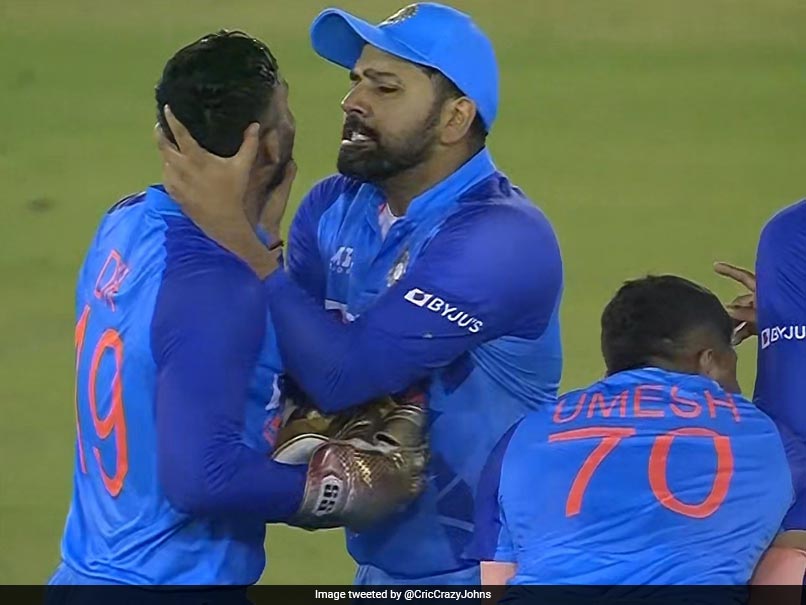 It was a forgettable night for the Indian cricket team on Tuesday as they lost the first T20I by four wickets against Australia in Mohali. Despite putting up a big total of 208/6, the Rohit Sharma-led side failed to defend the score as Australia romped to the target in 19.2 overs. The team's main fast bowlers Bhuvneshwar Kumar (4-0-52-0) and Harshal Patel (4-0-49-0) conceded 101 runs in eight overs. For most part, India were left frustrated as they desperately searched for wickets. India skipper Rohit Sharma also was left frustrated too with the way the match progressed.

In the match, India's frailties with the ball were laid bare. Batting first, KL Rahul (55 off 35 balls) and Hardik Pandya (71 not out off 30 balls) helped India post a daunting 208 for six after Australia put the hosts in to bat. Australia were dominant in the run chase, romping home in 19.2 overs. Last year's World Cup hero Matthew Wade (45 not out off 21) and Cameron Green (61 off 30) played special knocks to make short work of a stiff target.

Dinesh Karthik India vs Australia, 2022 Cricket
Get the latest updates on India vs South Africa and check out  Schedule, Results and Live Score. Like us on Facebook or follow us on Twitter for more sports updates. You can also download the NDTV Cricket app for Android or iOS.