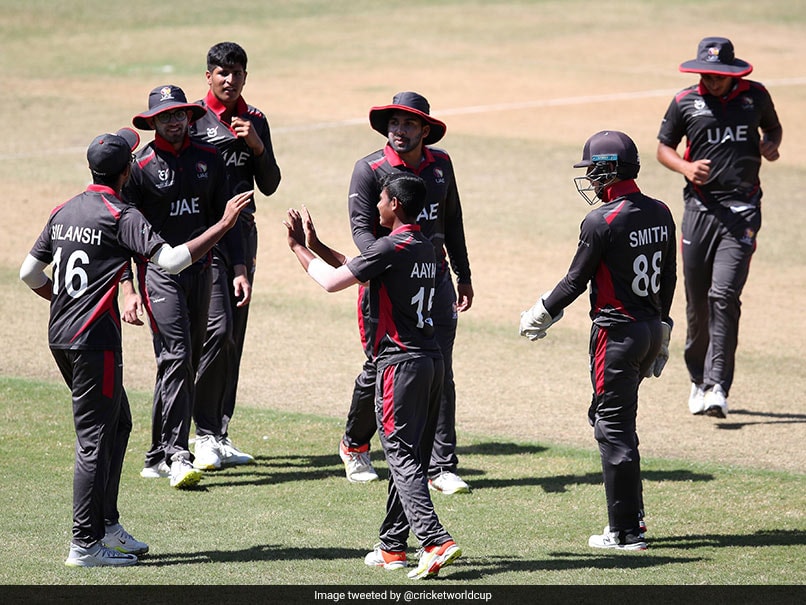 U19 WC Live: UAE 19 aims to perform decently against West Indies U19.© Twitter

United Arab Emirates U19 vs West Indies U19 Live Score Updates: The United Arab Emirates U19 team will take on West Indies U19 side in a 9th place playoff match at the Queen's Park Oval, Port of Spain, in Trinidad. UAE have won two out of the four matches contested in this tournament. The two wins have come against Canada and Uganda U19 sides. West Indies, on the other hand, also have scripted two wins in this tournament - against Scotland and Papua New Guinea. (LIVE SCORECARD)

WI-U19
142/10 (39.4)
Queen's Park Oval, Port of Spain, Trinidad
United Arab Emirates Under-19 beat West Indies Under-19 by 82 runs
Get alerts for live updates
Turn on notifications to receive alerts as stories develop in real-time. You can manage alerts in your app's settings.
Comments
Topics mentioned in this article