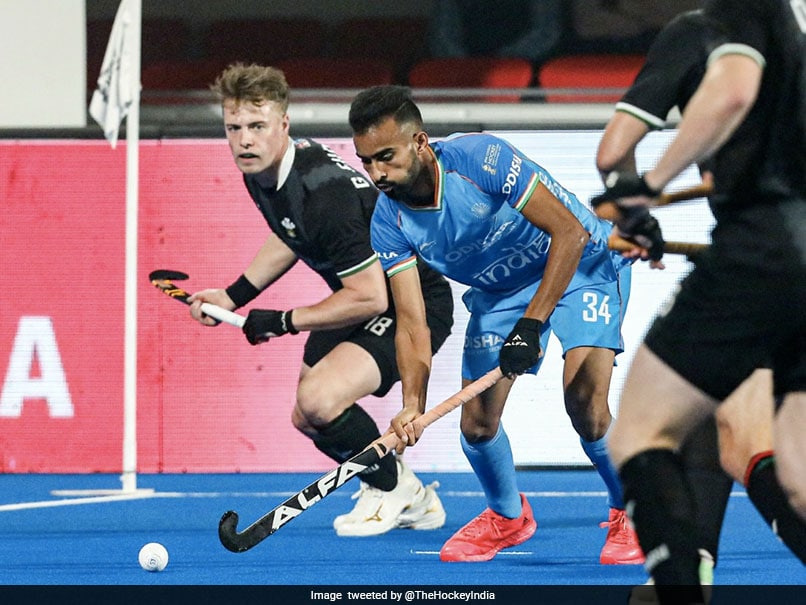 India vs Wales, Hockey World Cup 2023 Highlights: India defeated Wales 4-2 in the Pool D match of the Men's Hockey World Cup 2023 at the Birsa Munda Stadium in Rourkela. Akashdeep Singh was the star for India as he scored two goals. Apart from him, Shamsher Singh and Harmanpreet Singh scored one goal each. For Wales, Gareth Furlong and Jacob Draper scored one goal each and gave a tough challenge to India but in the end the hosts had the last laugh. India will now be facing New Zealand in the crossover game on Sunday to fight for a spot in the quarterfinals.

Here are the Highlights of the India vs Wales Men's Hockey World Cup 2023, Straight from the Birsa Munda Stadium in Rourkela

Get alerts for live updates
Turn on notifications to receive alerts as stories develop in real-time. You can manage alerts in your app's settings.

"Entire Credit To Her Coaches": Shafali Verma's Father On U19 WC Triumph
Comments
Topics mentioned in this article

India Wales Hardik Singh Hockey World Cup 2023 Hockey Live Blogs
Get the latest updates on IPL Auction 2023 and check out  IPL 2023 and Live Cricket Score. Like us on Facebook or follow us on Twitter for more sports updates. You can also download the NDTV Cricket app for Android or iOS.