A below-par show against debutants Wales denying them a direct quarterfinal berth, hosts India would look to address their attacking woes against a plucky New Zealand for a place in the last-eight stage of the FIH Men's Hockey World Cup in Bhubaneswar on Sunday. 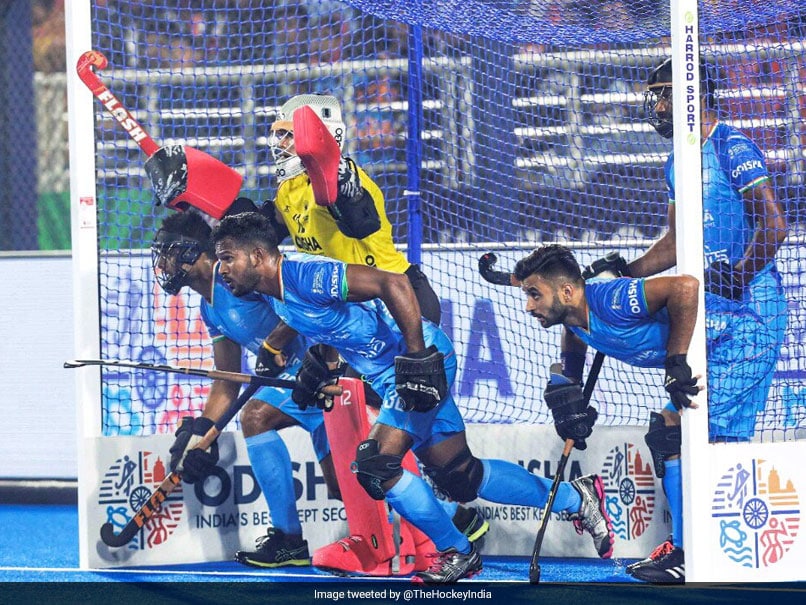 A below-par show against debutants Wales denying them a direct quarterfinal berth, hosts India would look to address their attacking woes against a plucky New Zealand for a place in the last-eight stage of the FIH Men's Hockey World Cup in Bhubaneswar on Sunday. India needed to beat Wales -- eight places below them in world rankings -- by a margin of eight goals to top Pool D and qualify directly for the quarterfinals but the home side could only notch up a 4-2 win on Thursday, as the forwards lacked in finishing.

India are now up against New Zealand in the must-win crossover match. The Black Sticks finished third in Pool C with a win and two losses.

Currently ranked 12th in the world as against India's sixth position, New Zealand -- who have never reached the semifinals -- have also not done anything extraordinary in the tournament and the home side definitely would start as favourites in front of an expected jampacked Kalinga Stadium.

India's key midfielder Hardik Singh has been ruled out of the remainder of the tournament after he failed to recover from his hamstring injury sustained in the match against England on January 15.

Hardik's absence will be a big setback for India as they have been struggling in the attacking department, and considering the fact that they are expected to run into defending champions Belgium in the quarterfinals if they beat New Zealand.

Hardik, who scored a brilliant solo goal in India's 2-0 win over Spain in the opening match, will be replaced by alternate player Raj Kumar Pal. He did not play against Wales.

Against a Wales team whom England and Spain had beaten 5-0 and 5-1, the Indians struggled to find goals as the forwards put up a poor show.

The Indians simply failed to get their strategy right against Wales, who defended in numbers inside their own circle.

The Indian defence, which had a clean sheet till then, conceded two goals against Wales, who are ranked 14th in the world.

Captain Harmanpreet Singh scored his and the team's first goal from penalty corners, while the experienced Akashdeep Singh saved India by scoring twice after Wales made it 2-2 at the end of the third quarter.

In the absence of Hardik, the performance of senior players like Mandeep Singh and Akashdeep will be key for the hosts.

India, no doubt, would start as favourites against New Zealand, but the Black Sticks will not be an easy side to beat.

India had beaten them twice (4-3 and 7-4) in October-November last year during the FIH Pro League at the same stadium here but New Zealand are no pushovers in world hockey.

"It will not be an easy match against New Zealand. It was a very tough match in the first game (in FIH Pro League) though the second one was a bit easier. We have to play our best," Reid had said.

Historically, the two sides had played 44 matches against each other and India had won 24 of them while losing 15. Five games were drawn. The last time New Zealand beat India was a 2-1 win in 2019.

New Zealand would be smarting after their 2-3 loss to Malaysia in their final Pool C match on Thursday. They had beaten tournament debutants Chile 3-1 in their opening game before expectedly losing to Netherlands 0-4.

New Zealand have some genuinely world class players in their ranks and the Indians will have to play their best.

Defender Blair Tarrant, defensive midfielder Nick Ross and veteran striker Simon Child are New Zealand's key players. Penalty corner expert Kane Russell is yet to sound the board so far and would be gunning for goals.

Sam Lana and Sam Hiha have scored two goals each in the tournament and they would look to add more.

Fight With Federation, Not Government: Wrestlers Amid #Metoo Protests
Comments
Topics mentioned in this article
Hockey

India New Zealand Hockey World Cup 2023
Get the latest updates on IPL Auction 2023 and check out  IPL 2023 and Live Cricket Score. Like us on Facebook or follow us on Twitter for more sports updates. You can also download the NDTV Cricket app for Android or iOS.