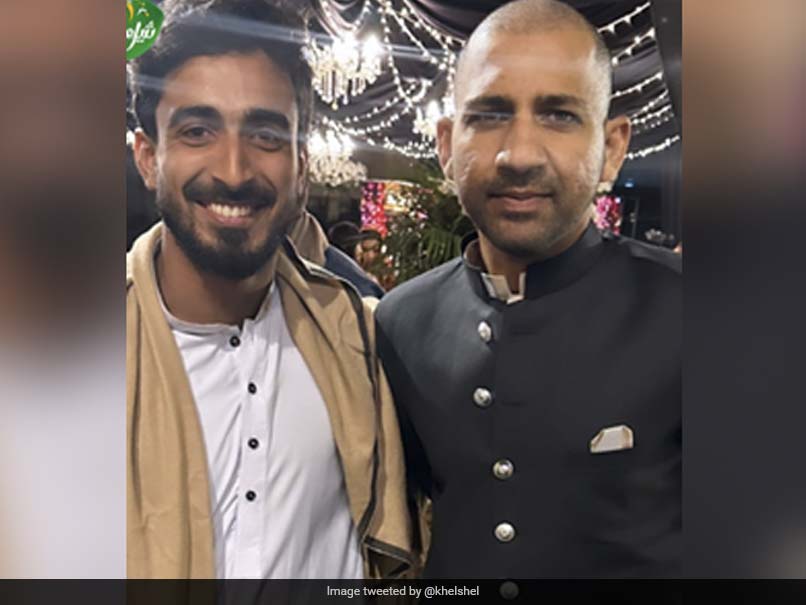 Sarfaraz Ahmed is a right-handed wicketkeeper-batsman from Pakistan. He played five ODIs for the Pakistan Under-19 team before being called up to captain the U-19 World Cup unit in 2006. This came after he scored back-to-back half-centuries in only his third and fourth match. With Pakistan winning the World Cup, Sarfaraz was suitably drafted into domestic cricket.

Sarfaraz has had a remarkable beginning to the 2007-08 season where he racked up three fifties in his first five matches along with 21 dismissals behind the stumps and posed a serious threat to Kamran Akmal's position as Pakistan's first-choice wicketkeeper. Sarfaraz earned a call for the national team in 2007 as a cover for the injured Akmal and made his debut in the final ODI of the series against India. He did not get an opportunity to bat but impressed everybody with his sharp keeping and live-wire attitude.

Ahmed 's place in the squad was not secure until the 2012 Asia Cup wherein he played a vital unbeaten inning of 46 runs against Bangladesh. 2014-15 was a dream year for him as he was recalled to Test squad after the Akmal brothers struggled to keep their place in the side. Ahmed notched up centuries against Sri Lanka, Australia and New Zealand and that secured his place in the Pakistan squad. He did not get many opportunities to play in the 2015 World Cup but when he did, Ahmed started with a match-winning 49 runs against South Africa before registering his first century against Ireland in the very next game, only one to get a ton for Pakistan in the tournament. The selectors were impressed with his performances and handed him the captaincy of the T20 team in the following year.

Azhar Ali's poor record as ODI captain made the selectors look at Sarfaraz for captaincy in the 2017 Champions Trophy. The wicket-keeper batsman did not disappoint and led his team to victory in the finals against their arch-rivals, India. He had a good tournament as his innings of 61 runs was important in beating Sri Lanka and helping Sri Lanka qualify for the semi-finals.

Sarfaraz took a bit of flak for Pakistan's performances before the 2019 World Cup but they punched above their weight and finished 5th in the standings. It was their loss against the West Indies that pulled them back on the net run-rate eventually cost them a place in the semi-final. Sarfaraz had a quiet World Cup as he scored only 143 runs in the 8 matches that he played.

Ahmed's dip in form with the bat and Pakistan's series loss against an inexperienced Sri Lankan team in T20Is proved to be fatal as the national selectors ran out of patience and dropped the axe on him. He was removed not only from the captaincy but also from the team in Tests and T20Is.