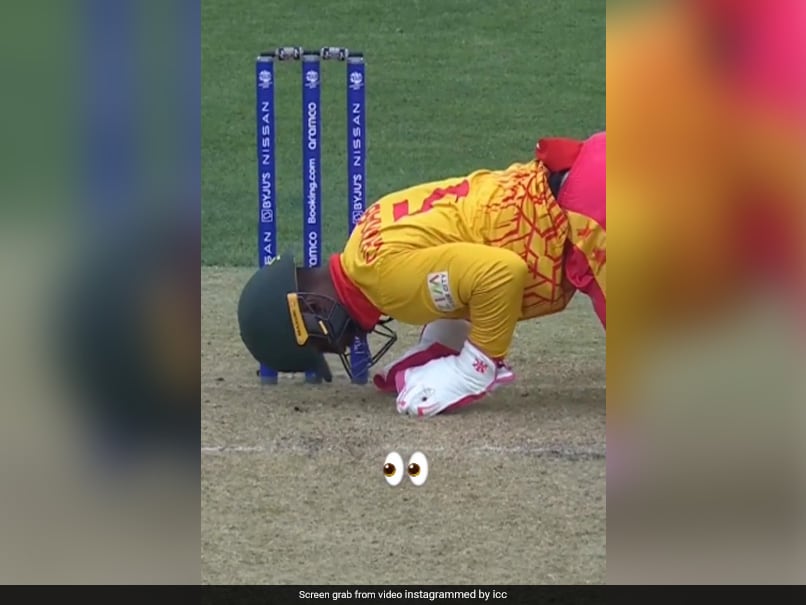 Regis Chakabva was born on 20th September 1987 in the capital of Zimbabwe, Harare. He played through school-level cricket and started making his mark as a good batter with sound wicket-keeping abilities. He got picked to play for Zimbabwe U-19 at the Afro-Asia Cup in 2005 but did not make it to any U-19 World Cup squad.

Regis had ample competition at the national level and continued
playing in the lower rungs of domestic cricket. It was in 2007 that he made his List A debut for Northerns in the Inter-Provincial One-Day Competition, instantly making an impact and top-scoring for his team with 48 of just 35 deliveries. In the following month, he made his first-class debut in the Logan Cup and was dismissed on a duck in his first outing.

After just four first-class games, Chakabva was picked for the Zimbabwe A side where he made his maiden first-class half-century against the South African Academy. Early in 2008, he made his T20 debut for the Northerns as a pure batter due to the presence of Tatenda Taibu in the team. Later that year, he travelled to Canada to make his international debut in a T20I game against Pakistan.

A week later, Regis Chakabva was on the flight to Nairobi to make his ODI debut against Kenya and was used as a wicket-keeper this time. He scored a well-compiled 41, coming in at number 8. Regis could not cement his place in the national side and throughout his career faced competition from several other wicket-keepers.

Despite the rebel crisis and shortage of players to represent Zimbabwe at the international level, there were keepers like Brendan Taylor, Alester Maregwede, and Richmond Mutumbami, who kept him out of the team. Chakabva finally got his Test debut in 2011 in a one-off Test match against New Zealand when Zimbabwe were reinstated as a Test-playing nation. However, opportunities were still scarce for the player till his fate turned towards the end of 2013.

Regis Chakabva scored an outstanding 240 against the Mid West Rhinos representing Mashonaland in the Logan Cup and followed it up with a productive domestic season the following year. His maiden Test century came against Bangladesh away from home midway through 2014 and soon his batting ability started getting appreciation. He kept getting promoted up the order but it took him several more years to establish himself as a regular.

Chakabva was then made to open in the limited-over formats and finally became an integral part of the national squad. He was made deputy to Craig Ervine in 2021 for white-ball cricket. In 2022, he began his service as the vice-captain of the Test side as well. Later in 2022, Regis Chakabva captained Zimbabwe for the first time against Bangladesh and started with a win.

Regis has been inconsistent in his batting since his career has been affected by the lack of playing opportunities. He has, however, improved as a wicket-keeper over the years and is quite secure behind the stumps.