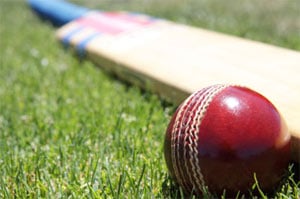 Seen as a prodigious southpaw, Zimbabwean Alistair Campbell was drafted into the 1992 World Cup side when he was only 19. He was highly talked about for his exploits in the domestic circuit but his ODI debut in the World Cup against West Indies was one to forget. However, it didn’t take him long to cement a spot in the side.

Campbell was never renowned for playing a long innings the reason being, his explosive style of batting. It suited him since he opened for Zimbabwe in the ODIs. He was a pretty handy right-arm off-spinner too and was lightening quick on the field. He was appointed skipper of the national side in August 1996, taking over from Andy Flower. Campbell was mediocre with the bat during his time as captain and his high point came when the Rhodesian side qualified for the Super Sixes in the 1999 World Cup even though he stepped down form the post in November 1999. Campbell enjoyed playing against India as he scored his first Test century at Nagpur in 2000-01 after being stuck on 99 for five years. He quit the national side after 2003 World Cup.

After hanging up his boots, Campbell ran Lilfordia Junior School in Harare. In 2009-2010 he was appointed chairman of selectors by the Zimbabwean Cricket board.