Shikhar Dhawan was among the Indians who faced a downgrade. Dhawan dropped six places to number 17 along with stars like Virat Kohli and Rohit Sharma, who dropped a bit as well after missing the ODI series. 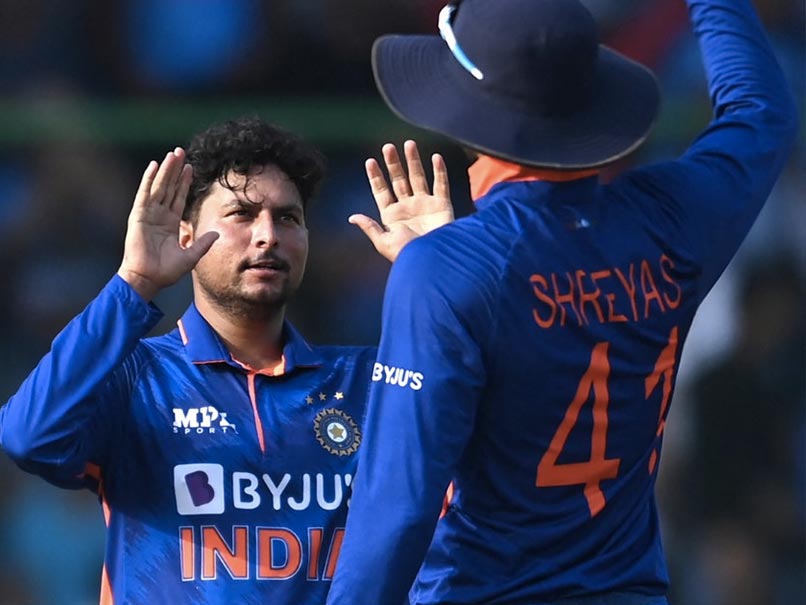 Indian batter Shreyas Iyer climbed three spots to reach number 33 and spinner Kuldeep Yadav also jumped five places to enter the top 25 in the latest ICC Men's ODI Players Rankings issued on Wednesday. Shreyas Iyer finished as the leading run-scorer in the recently-concluded ODI series against South Africa, scoring 191 runs in three matches with a century and fifty. Kuldeep Yadav also emerged out of the series as the leading wicket-taker with six scalps in three matches.

Sanju Samson also entered number 93 in the rankings following his good performances in the ODI series. He scored 118 runs in three matches, which included a valiant 86* in the first ODI, which India lost.

Shikhar Dhawan was among the Indians who faced a downgrade. Dhawan dropped six places to number 17 along with stars like Virat Kohli and Rohit Sharma, who dropped a bit as well after missing the ODI series.

Conway is currently the leading run-getter in the ongoing tri-nation series at home against Pakistan and Bangladesh. In four innings, he has scored 219 runs so far with two half-centuries and the best score of 70*.

He closely follows the number four batter Aiden Markram of South Africa. Mohammad Rizwan, Suryakumar Yadav and Babar Azam, the top-three batters managed to hold on to their rankings.

Rizwan started off the tri-series with a knock of 78*, but failed to make impactful contributions after that. The gulf between him and Suryakumar Yadav has reduced to just 15 points and Babar is also 30 points behind his opening partner at the third.

England quicks Mark Wood and Reece Tropley moved big in the bowler's rankings, with the latter finishing at number 11 with career best of 646 points. Wood has also impressed ever since his return from injury, climbing 14 spots to reach number 18.

Wood took 3/34 in first T20I against Australia and finished with six wickets in seven-match series against Pakistan which concluded recently. Topley also took two wickets in Perth T20I and is currently England's leading wicket-taker in T20Is this year, with a total of 17 scalps.

South Africa Cricket Team Cricket
Get the latest updates on IPL Auction 2023 and check out  IPL 2023 and Live Cricket Score. Like us on Facebook or follow us on Twitter for more sports updates. You can also download the NDTV Cricket app for Android or iOS.