Indian Grandmaster SL Narayanan felt "humiliated" as he was left to stand barefoot inside the playing hall for metal detector check during a Bundesliga chess league match in Germany on Monday. 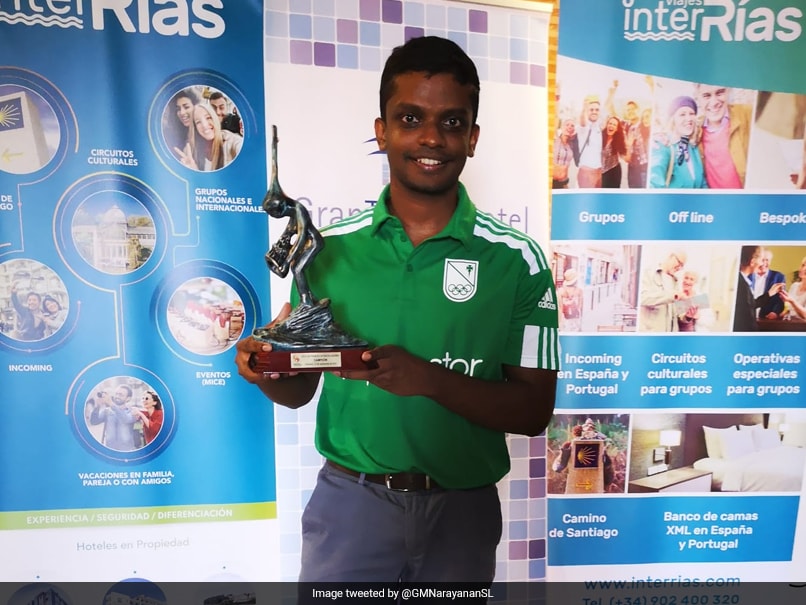 Indian Grandmaster SL Narayanan felt "humiliated" as he was left to stand barefoot inside the playing hall for metal detector check during a Bundesliga chess league match in Germany on Monday. As there was a beep sound during the metal detector check, Narayanan was made to remove his shoes and subsequently his socks too. It was later found out that the beep sound emanated from the carpet on the floor. These kind of checks happened earlier too, but they have become more rigid ever since world champion Magnus Carlsen accused American GM Hans Niemann of cheating earlier this year.

"...I felt humiliated. And if I prefer to remain silent about it, I'll not be doing justice to myself and other sportspersons who go through similar experiences," Narayanan wrote in a lengthy post on his Twitter handle.

The 24-year-old Indian said he was one of the five players chosen by the arbiter for a random check before his first round match on Monday.

"At this point, I was told to move aside and the next player was asked to step forward. It is hard to explain how bad it felt as if I was guilty of something I had no clue about whatsoever.

"All this happened in the middle of the playing hall. I held a sock and stood with a bare left foot. Imagine how I might have felt." The metal detector beeped again when the other player's foot was scanned and that prompted the arbiter to check the floor.

"It was the carpeted floor that was triggering the beep and not any human," Narayanan wrote.

"The arbiter apologised to me. But I must say how embarrassing it was. And mind you, this happened just minutes before my round." Narayanan went on to lose his game against Czech Republic GM David Navara. This was his first loss of the season for his team SV Deggendorf.

He said the situation could have been handled better.

"The fact that the arbiter apologised is appreciated. But this whole situation could have been handled better. Yes, we need such vigilant arbiters to prevent cheating in chess but at the same time they should act in some professional way.

"Arbiters should check the floors first before asking weird question like if they had any surgery or not, before instructing them to remove the shoes and socks." "Perhaps, FIDE and tournament organisers will bring about a change and save players from going through such humiliation." Replying to Narayanan, FIDE CEO Emil Sutovsky wrote: "Sorry for such an unpleasant experience. However as it was not a @FIDE_chess event, I can only readdress the question to the organizers of the particular Bundesliga leg - because FIDE Protocol implies the clothes could be requested to be taken off in the dedicated separate area."

I must say this. @FIDE_chess pic.twitter.com/TRLl6fMr5E

Narayanan had recently won the individual bronze medal for India on the third board at the World Team Chess Championship 2022 in Jerusalem.

It may be recalled that India's woman Grandmaster Priyanka Nutakki was expelled from the World Junior Chess Championship in Italy recently for having a pair of ear buds inside her jacket pocket during a routine check.

Sack Wrestling Body Chief, Say Athletes Over #MeToo. Wait, Says Minister
Comments
Topics mentioned in this article
Chess
Get the latest updates on IPL Auction 2023 and check out  IPL 2023 and Live Cricket Score. Like us on Facebook or follow us on Twitter for more sports updates. You can also download the NDTV Cricket app for Android or iOS.