Sania Mirza is set to end her Grand Slam journey, with Australian Open 2023 being her last. 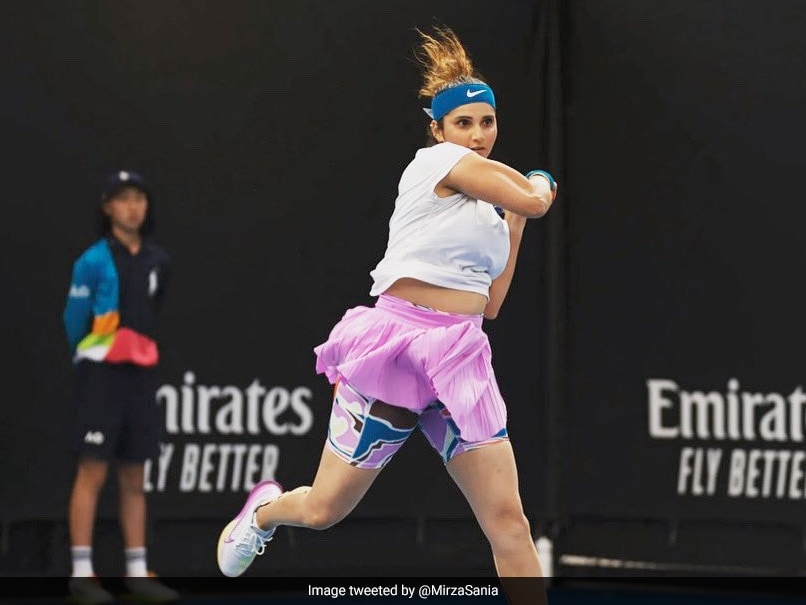 One of the greatest sportswomen in India's history, Sania Mirza is gearing up for a potential final outing in a Grand Slam. Having already been eliminated from the Women's Doubles event in the Australian Open 2023, Sania is looking to dazzle in what is her last dance in the Mixed Doubles category of the year's first Grand Slam. Sania and her partner Rohan Bopanna are set to take on the pairing of Japan's Makoto Ninomiya and Uruguay's Ariel Behar in their second-round match on Monday.

Ahead of the second round match, Sania took to Twitter to post a picture of her on the court, with the caption: "The Last Dance".

Sania Mirza's last women's doubles Grand Slam match ended in a 4-6, 6-4, 2-6 defeat in the second round. Mirza and her Kazakh partner Anna Danilina were outlasted by Belgium's Alison Van Uytvanck and Ukraine's Anhelina Kalinina in a clash that lasted a little over two hours.

The semi-finalists from Rio 2016 Saina Mirza and Rohan Bopanna defeated Australian wild card entry Jaimee Fourlis and Luke Saville 7-5, 6-3 in an hour and 14 minutes in their opening round.

The Indian pair suffered an early setback in the match, having been broken in the fourth game. After a prompt retort, Mirza and Bopanna took six of the next eight games to capture the opening set.

As they gained momentum, Mirza and Bopanna maintained their hold on the second set and defeated Jaimee Fourlis and Luke Saville in the seventh and ninth games to win the set and the match.

"No Compromise": Yogeshwar Dutt On Harassment Allegations Against Wrestling Chief
Comments
Topics mentioned in this article
Sania Mirza Australian Open 2023 Tennis
Get the latest updates on IPL Auction 2023 and check out  IPL 2023 and Live Cricket Score. Like us on Facebook or follow us on Twitter for more sports updates. You can also download the NDTV Cricket app for Android or iOS.