"It's A Joke": Andy Murray Fumes At Chair Umpire On Being Denied Toilet Break

Andy Murray, who had already used all of his bathroom allocations, wasn't allowed to leave the court to relieve himself 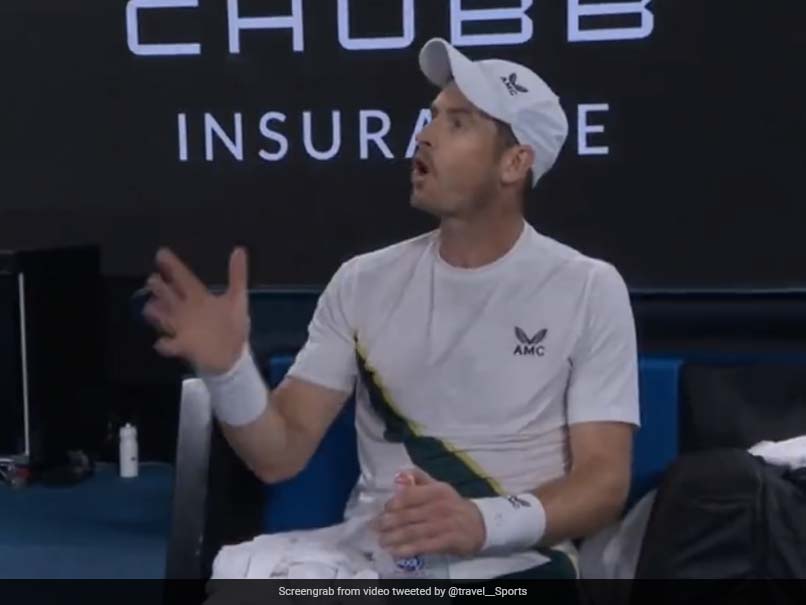 Andy Murray was seemingly not happy on being denied another bathroom break.© Twitter

Three-time Grand Slam champion Andy Murray came from two sets down to beat home hope Thanasi Kokkinakis, advancing to the third round of the Australian Open on Thursday. Murray prevailed 4-6, 6-7 (4/7), 7-6 (7/5), 6-3, 7-5 in match which ended at 4:05 am local time. However, another controversy erupted after Murray won the fourth set and forced the game into a deciding fifth set. Murray, who had already used all of his bathroom allocations, wasn't allowed to leave the court to relieve himself. However, he was seemingly not happy on being denied another bathroom break, and fumed at the chair umpire Eva Asderaki-Moore.

He also said that the Australian Open rules are "disrespectful" and a "joke".

"Do you know something? I respect the rules. But it's a joke. It is a joke and you know it as well. It's disrespectful. It's so disrespectful to the players that the tournament has us out here until three, f****** four in the morning and we aren't allowed to go to the toilet and take a piss. It's a joke, it's disrespectful," he said.

Asderaki-Moore, however, had nothing to say as she was seen nodding her head while the exhausted Briton was having a go.

Andy Murray is furious for not being allowed a bathroom break at the end of the fourth set during his late-night encounter against Thanasi Kokkinakis... #AusOpen | @andy_murray pic.twitter.com/Q56CjltfFA

After the former world no. 1 called the early hours conclusion "a bit of a farce".

To which, Australian Open chief Craig Tiley insisted that there was "no need" to alter scheduling at the tournament.

"I don't know who it's beneficial for. A match like that, we come here after the match, and that's what the discussion is," Murray said after the five hours and 45 minutes spectacle, the longest of his career.

The 35-year-old scripted the record of most comeback wins after trailing by two sets, surpassing Roger Federer (10) in the list.

Murray will now take on Spaniard Roberto Bautista Agut in third round tie on Saturday.

Andy Murray Thanasi Kokkinakis Australian Open 2023 Tennis
Get the latest updates on IPL Auction 2023 and check out  IPL 2023 and Live Cricket Score. Like us on Facebook or follow us on Twitter for more sports updates. You can also download the NDTV Cricket app for Android or iOS.