The FIFA World Cup 2018 will see three teams make their debut while several return to the tournament after long gaps. 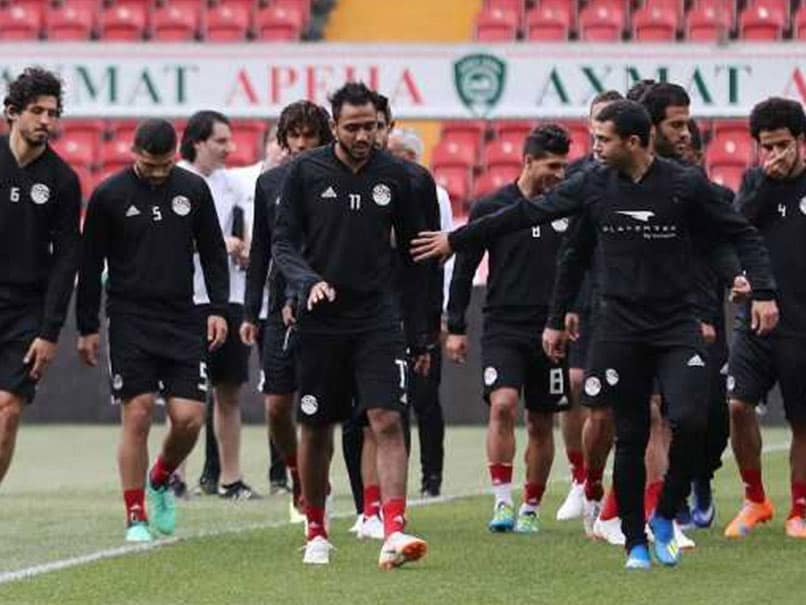 Egypt have made it to Russia with Mohamed Salah being the centre of attraction in European football.© AFP

The 2018 FIFA World Cup is just around the corner and the entire world is eagerly waiting for the battles between the best teams from all continents. While big teams have qualified on expected lines, a few fought hard and made it to Russia. With some star performers or pure grit, here are the two teams that will make an appearance in a FIFA World Cup for the first time and two that will feature in a World Cup after a gap of 20 or more years.

Iceland have been making all the right noises for a couple of years now. With their star Gylfi Sigurdsson orchestrating things, Iceland made it to their first-ever FIFA World Cup and they will not be discounted by football fans, especially not after their performance at the European Cup 2016.

In Euro Cup 2016, Iceland reached the quarter-finals and lost France. But on the way, they held Portugal 1-1 in group stage and beat England 2-1 in the Round of 16.

Iceland, currently ranked 22, are the smallest county by population to qualify for the World Cup. Iceland are placed in Group D with Argentina, Croatia and Nigeria.

Ranked 55th in the world, this is the first time Panama have reached the finals of a FIFA World Cup after being a part of 12 qualifying campaigns from CONCACAF (Confederation of North, Central American and Caribbean Association Football).

In a federation that consists of Mexico, Costa Rica, Honduras and the United States of America, Panama qualified as the third-best team. As Panama prepare for their first trip to a World Cup, they'll want to make an impact.

Egypt have made it to Russia with the talismanic Mohamed Salah being the centre of attraction in European football. The last time the African nation featured in a FIFA World Cup was back in 1990. This is the third time Egypt will be playing in the FIFA World Cup finals.

In their previous appearances (1934, 1990), Egypt could not manage to go beyond the group stage but this time they will be hoping for a better show, although Salah's injury in the UEFA Champions League final could be a huge blow.

Egypt are placed in Group A alongside hosts Russia, Saudi Arabia and Uruguay.

Morocco are going to make their fifth appearance in a FIFA World Cup after a long gap of 20 years. The year 1998 was the last time Morocco made it to the World Cup finals and this time their star and captain Medhi Benatia steered them to Russia.

Placed in Group B with European heavyweights Portugal and Spain and Asia's best Iran, Morocco have their work cut out.

After a huge gap of 36 years, Peru are ready to shine at the biggest stage there is in the sport of football.

In the hugely competitive South American qualifying, Peru showed nerves of steel to grab a play-offs spot on the final day with a win over Paraguay. At the back of some sensational performances from 33-year-old Jefferson Farfan, Peru won the play-offs against New Zealand and booked their birth to Russia.

Peru are placed in Group C alongside France, Australia and Denmark.

Peru 2018 FIFA World Cup Football
Get the latest updates on IPL Auction 2023 and check out  IPL 2023 and Live Cricket Score. Like us on Facebook or follow us on Twitter for more sports updates. You can also download the NDTV Cricket app for Android or iOS.